Do we really need to know about ALT tags ?

In short, yes. Or rather, ALT tags play an important part in search engine indexing and can be tricky to configure around browsers and screen readers, so if you fail to utilise them, your web page could fail to be spotted. 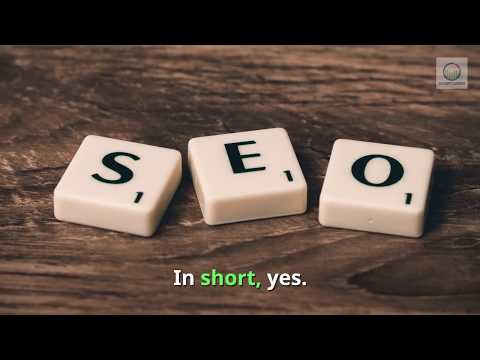 Out of your worldwide audience, almost 285 million of them are visually impaired or blind, so to cater for this demographic, pictures on your website should include ALT tags, to provide a pop-up description of the image.

If you don’t know what you’re doing, this can have dire consequences on the user interface. A recent study conducted by  Webaim shows JAWS to be the most popular screen reader six years in a row, with 30% using it in 2015. However, this tends to break up large amounts of text into 125-word blocks, which can confuse readers. Keeping ALT tags short is good practice. Otherwise, you may isolate a whole chunk of your audience, which means fewer site visits, and a plummeting SEO. In fact, mis-using ALT tags can destroy SEO in a variety of ways:

The number one SEO hack for many years has been to include keywords in the ALT tag to increase the sphere of influence per search. However when it comes to publicity, Google itself recommends only 10-20 keywords because although each one potentially opens your site up to different searches, you don’t want to stray too far from the site’s core content. If you played word ladder and went from ‘Jared Leto shirtless’ to ‘hot abs’, to ‘rectus abdominis’, only some of the phrases are going to attract your target audience. Those searching for ‘rectus abdominis’ would not have otherwise visited your site, sure, but they also don’t want to see celebrity snapshots while they research their biology report. It has appeared in an organic search, but not the right one. Whereas ‘red house Texas’ immediately trims this down to less than a fifth of that. This means you will be flagged up in narrow searches as well as general ones. Each image can have several tags ( as explored) and if you know what you’re doing, each one can narrow it further; giving your site broad and specialist appeal.

Phones with weak connection to your host may struggle to load pictures, leading to high rates of site abandonment, a recent study found that a third of visitors leave if your page takes more than 10 seconds to load. By including important ALT text, visitors can still interact with your site, see its visual elements before they load, and are thus less likely to ‘duck out’ again damaging your SEO.

So all in all…

The commonly held belief that ALT tags work quietly away from your HTML code is a lie. It does much more than that; it highlights your site in refined searches, is another tool to boost SEO and- perhaps most importantly- stops you from segregating whole swathes of your audience. Ignore them at your peril.

Yes, it’s true. When we started off ReportGarden, we initially used to create a lot of content.

We used to publish around 2-3 per blogs per day. But as we were all very new to it, we never bothered about SEO and things like Alt tags for images.

Frankly speaking we had no idea about the effectiveness of alt tag.

But gradually we started getting big, and then we thought it’s high time now let’s consult an SEO Expert for our website.

Then comes the turning point. It is then, when we started realizing the importance of SEO & Alt tag.

Recently we wrote a blog on Ultimate Guide To Google Adwords Metrics and this time without making any mistake we kept alt tags for all the images that were used in the blog.

We are getting 10-20 page views and you will be amazed to learn that 10% of it is only through alt tag. Anyone can search on a search engine, with the help of the keyword in the image section and get landed on your blog directly.

This has helped us increase traffic to our blog. And it is only then we realized how important alt tags are in an image for a content.